A New Name for a New Season

If you were unable to make it out to the banquet this year, then you may or may not already know that we have decided to change our name. It has been a huge decision and not one that we have taken lightly, however, we feel that as we move into a new season of ministry, we need to have a name that more accurately portrays our new identity. So, it is with great honor that I unveil to you all today, our new name… Ankura Ministries 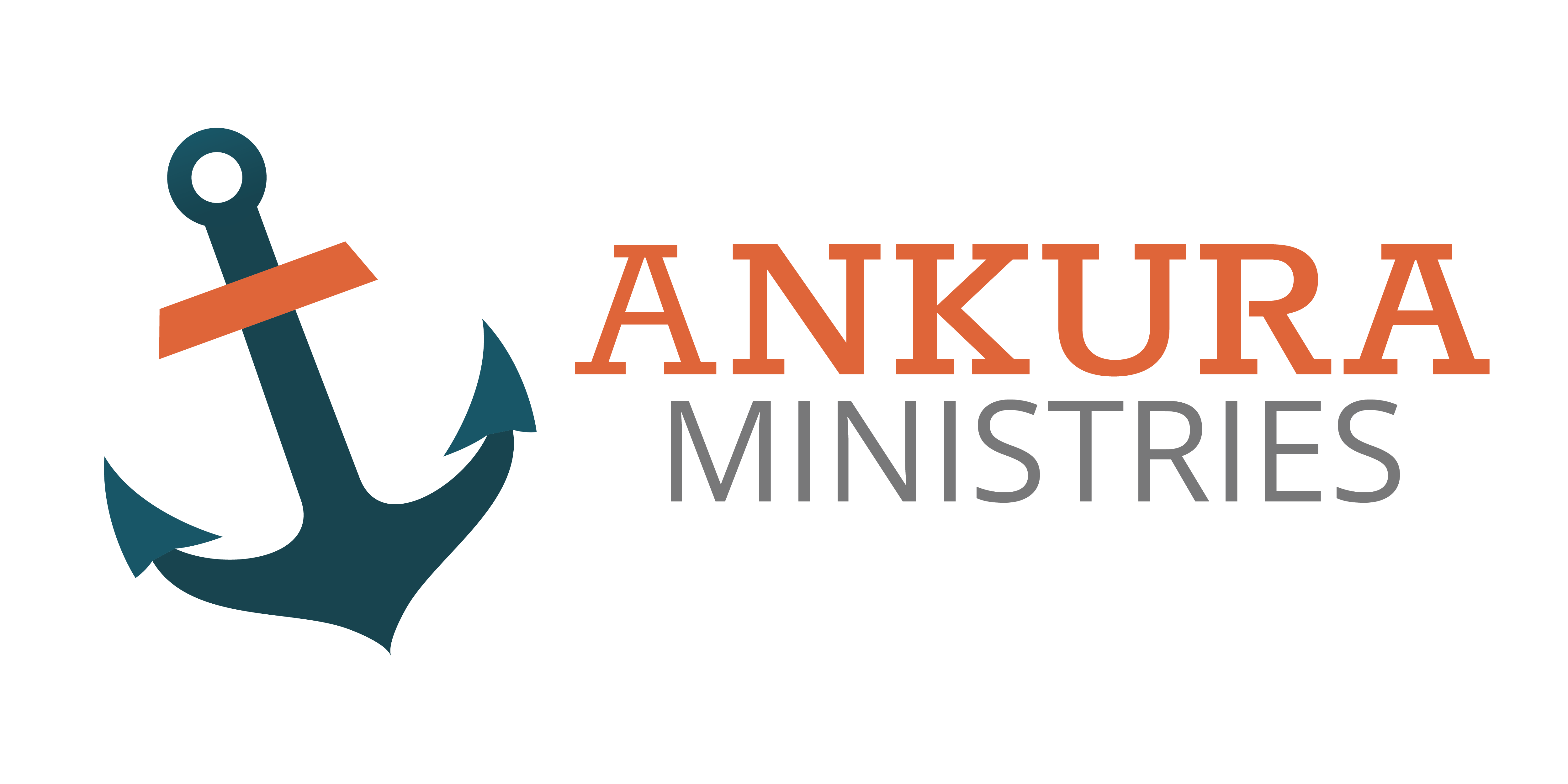 We are very excited about the new name and want to share with you a little insight into why we chose this name.

You probably guessed that it was a translation of the word Anchor just by looking at our new logo, and you would be correct!  Ankura = Anchor. This is the same word that is used in Hebrews 6:19, “We have this hope as an anchor for the soul, firm and secure. It enters the inner sanctuary behind the curtain,.”

2. The Anchor is a Symbol of Hope.

As we can see from the verse above, the anchor is a symbol of hope. We feel that we are called to bring hope to people who are called to do missions work, but may not have the qualifications to join other organizations, or who, like us, believe there is a better way to do mission work!

3. The Anchor was an Early Christian Symbol.

In the first few centuries, before Christianity was the official religion of the Roman Empire, Christians faced some pretty severe persecution. Because of this, people had to be careful who they shared their Christian identity with, for fear of persecution or even death. That is where the symbol of the anchor came in. It allowed early Christians to share their identity with others who knew the code, but kept it secret from those who did not. The symbol itself has a cross hidden in it, and was used even before the cross became the universal Christian symbol.

In greek, Ankura means “Anchor” and En Kurio means “In The Lord.” Like we said in #3 another reason the early Christians chose the anchor as their symbol was because the word for anchor and the words for in the Lord were so similar. We loved this play-on-words and feel it to be at the core of our existence, that we want to be in the Lord and want to bring others into the Lord as well!

I can’t tell you how many times I had told people that I was the founder and director of CODE Ministries and the first thing they asked me was, “is that a computer thing?” It is hard to explain to someone what you do when they are still trying to figure out your name. We are hoping that with the change, although still abstract, that people will recognize it as a Christian symbol for hope and realize that we just want to bring that hope to the world.

5. No Longer Exclusive to Community Development.

After some long discussions and a little soul searching we came to the conclusion that we are no longer exclusively a community development organization. We still have people who are passionate about that calling, however we have people doing a lot of other things as well, from music ministry in KC to an art ministry in L’viv. We have realized that we are so much more than a community development organization and we should not limit ourselves to just that calling, but to broaden our scope so that we have the potential to reach more people with the gospel.

It is a new season for CODE and we feel that the name change will really help us to usher in that new season. We are no longer the infant ministry anymore, we have learned a lot over the past 8 years and we are excited to start putting it to better use. We are looking forward to doing more promotion of the ministry and getting more people involved in what God is doing through us.

Thank you so much for taking the time to read about our decision to change names. please be on the lookout for more blogs and updates on the future of Ankura Ministries. You can subscribe to all of our blogs by clicking this link and filling out the form, we will also be sending out a monthly newsletter to that list as well!

“We have this hope as an anchor for the soul, firm and secure. It enters the inner sanctuary behind the curtain,”
Hebrews 6:19